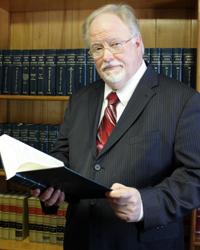 According to WBOC.com, the police were out in force in Delaware to ensnare allegedly under-the-influence drivers. There were DUI checkpoints in Newark, DE. There were roving DUI saturation patrols all over the State conducted by Delaware State Police and ten other law enforcement agencies.

On Super Bowl Sunday 2012, there were 36 people arrested for DUI in Delaware and more than 4,900 arrested throughout the year on Driving Under the Influence Charges.

Statistics have not yet been released for Super Bowl Sunday 2013. This much is clear, however: If you were arrested and charged with DUI in Delaware, you need to take immediate action to protect your drivers’ license, your freedom, your pocketbook and your reputation.

A DUI conviction can result in loss of license, jail time, probation, loss of one’s job and other problems. If you were arrested for DUI, speak to Matt Stiller, the Delaware DUI Defender, for free to learn your rights and find out how to fight your charge. Click here for a free consultation today.