QUESTION: I got arrested for DUI in Delaware, or driving under the influence in Dover, Delaware, but I wasn’t driving.  I was in the car and I was asleep.  Can they arrest me for DUI even though I was not driving? 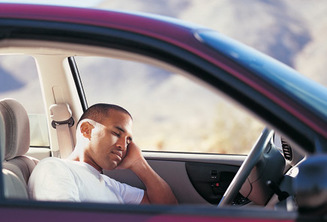 ANSWER: The short answer is yes, they can arrest you for driving under the influence in Delaware even though you are not actually driving a motor vehicle.  But to convict you on a charge of DUI in Delaware, the State of Delaware must prove that you were in actual physical control of the vehicle.

As a general rule or policy, you should not be in possession of car keys if you have had anything to drink.  The police will not hesitate to arrest you for DUI in Delaware, or driving under the influence in Delaware, if the facts indicate that there is a likelihood that you were in actual physical control of a vehicle while under the influence of alcohol or drugs.  The best policy is if you are going to have anything to drink stay far away from cars and trucks. Because, you will be arrested for DUI in Delaware.

That being said, if you were arrested and charged with driving under the influence or DUI in the State of Delaware, you need to speak with a knowledgeable and qualified criminal and DUI defense attorney in order to determine whether you have a defense to the criminal charge.  If you are arrested for DUI or DWI, please contact us for a free initial consultation.  At your consultation, our attorney’s will review the facts of the case with you and the possible defenses and outline a game plan for defending your criminal or DUI case.