Did you get arrested for Driving Under the Influence or DUI in Delaware because the cop had a quota to fill?

Every year, thousands of people are arrested and charged with the crime of DUI in Delaware. Many of these folks come to me to defend them in their Delaware DUI cases. One theme that I frequently observe in these DUI criminal cases is that my client wasn’t actually driving drunk. How can you be arrested and charged with drunk driving if you weren’t actually driving drunk, you ask? Well, let me count the ways:

First, the law doesn’t just outlaw driving while being intoxicated. The law also outlaws driving while one is impaired. That means your blood-alcohol content or BAC does not have to be over the statutory legal limit of 0.08 within four hours after driving. Your BAC can be less than 0.08 and you can still be charged with and convicted of DUI. And, if you consumed only one pint of whiskey immediately before you entered your car to drive home and your BAC is only 0.01 or 0.02 when you’re stopped just moments later, you might certainly be driving stone-cold sober then; but, if your breath or blood are tested within the next four hours, your BAC will have risen to well over the statutory limit of 0.08. Yes, that’s right! And, there is a statutory presumption that you are DUI if your BAC is determined to be 0.08 or higher within four hours of you driving! 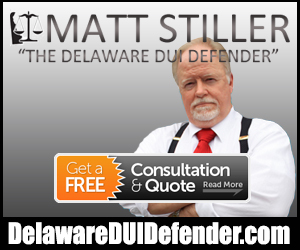 In Delaware, driving doesn’t just mean you’re actually sitting in the driver’s seat of your car and actively driving it by pushing on the gas pedal and steering with the steering wheel. Oh no – driving drunk in Delaware also includes simply being in “actual physical control” of the car. So if you’re sleeping in your parked car and the keys are anywhere in the car where you can access them, you are deemed to still be in actual physical control of the vehicle and can be arrested and charged with DUI in Delaware.

So, with such a broad legal definition of Driving Under the Influence, it is easy to understand how police can abuse their privilege to arrest folks, especially with quotas to fill.

In fact, a brave former Newark, DE police officer named James Spadola wrote an opinion piece for Delaware Online, opining that Delaware police agencies should have to do away with their arrest quotas because they emphasize quantity of arrests over quality of arrests.

And the Equal Justice Initiative, in a November 2015 report to Delaware’s Access to Justice Commission’s Committee on Fairness in the Criminal Justice System, recommended that Delaware police departments eliminate quotas because they create a perverse incentive for police officers to arrest people regardless of innocence or guilt. To read the full report, click HERE.

With such broad Delaware DUI laws and with the perverse incentives created by some Delaware police agencies’ arrest or contact quotas, it’s no wonder that many TRULY INNOCENT people are arrested and prosecuted every year for drunk driving offenses.

The important thing about defending an unfair “quota arrest” for DUI is to pick a defense lawyer who is alert to the unfair police tactics and who knows how to combat them. Don’t leave the defense of your quota arrest for DUI to chance – call me for a free consultation today.